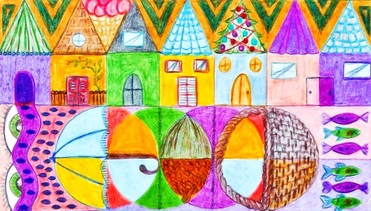 Damien Lee Thorr is a “guitarist extraordinaire,” who has been an expert at the craft for many years. He has divided his time between being a mentor to many young musicians, (including Paolo Gregoletto, bassist from TRIVIUM), as well as being a stage performer himself. Damien also makes time to record solo CD's and in the eighties, played with the New York incarnation of the Dutch group, “Highway Chile” with former lead singer Armand Vander Stighel. The band Predator is a project close to his heart and one in which his fingers were set free to soar. He also builds guitars by hand, paints, writes poetry, is involved in political activism, and is the author of a horror erotica novel, “The Vampire Journals,” under the pen name Nigel Zachary Courtwright. Damien is the music composer for this project. 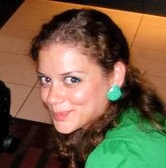 Jahida Esperanza Jorganes is a bilingual vocalist who loves singing, jazz, Joni Mitchell, teaching, and kids. Jahida has a Bachelor of Arts degree in music, with a concentration in jazz/contemporary vocal performance from Johnson College in Johnson, Vermont. She said that “Being a part of Angela's vision, has been a wonderful experience and I'm grateful that she chose me to bring her songs to life.”

Some words may be different in the songs than from the printed text. Creative license was given to the singer to express her vocal individuality; consequently, she omitted or repeated words or stanzas to her personal preference. 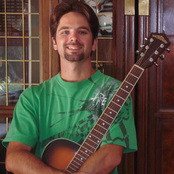 Chris Reiser is a digital audio engineer, musician and songwriter. He is also the owner of Stomping Ground Recording Studios in Delray Beach, Florida, specializing in mobile audio recording. His experience ranges from heavy metal to classical and everything in between. Chris has been a musician and songwriter since 1997. He has played around the country with his rock band and shared the stage with many acts such as Overkill, Sevendust, Powerman 5000, Ice T, Predator, Shinedown, and many others. Chris is the digital audio engineer for this project. 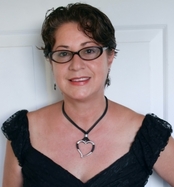 Minerva Bloom is a bilingual poet, artist, and photographer born in Tinguindín, Michoacán, a small town nestled in the Sierra Madre mountains of México. She currently resides in South Florida. Minerva has published several books covering a wide range of subjects: from naval history, to nature photography, poetry, art illustration, and travel pictorials. Besides creating art, writing, and volunteering in her community, Minerva ventured in editing, book cover design, and poetry translations. She has worked with Nobel Prize candidate Marcia Theophilo in the translation of selected poems. She also contributed some of her work for international poetry and art anthologies, and several author's book covers. This is Minerva's second collaboration with Angela Mary Piraino. 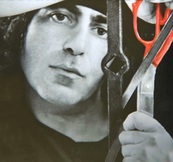 Baron Siamanto Levon is a third generation haute couture and fashion designer with Galleries in South Florida and Paris. More than 500 sets of his over-the-top high fashion shows have been featured on stages and runways. He has brought a touch of uniqueness and bold beauty with his theatrical concept wardrobes formulated by his boundless imagination. His fashion consists of conceptual elements and radical flourishings. "It's not about color or style-- he says. I want viewers to read the dimensions as you do with poetry."

Baron Siamanto Levon's fiery ambition and self-challenging philosophy is the source of his never-ending progression as an accoutrement artist. Unbound by the laws of time or gravity, he ingeniously develops around a character, dimension or theme in light speed seconds with his swift pair of hands working a pair of scissors and obeying his efficacious mind. He painted along with his wife Heather and their creative children, Dalita, Siamanto & Lilit, a mixed media work “Butterflies & Horses” for Angela, which is used for the illustrated back cover.
Home | About Angela | Book | Music  | Discoveries
Contact | Blog | Gift Shop